Why is important to maintain a healthy Vital Force? The Vital Force is not only the difference between a dead organism and a live one, it is also our innate ability to heal.

How would you describe the difference between a live body and a dead one? I know it is an odd task. Let’s move on, think about it, how would you call it?

Dr. Samuel Hahnemann, the father of Homeopathy, around 1810 called it Vital Force. You may have heard it called it Life Force or in yoga, they call it Prana, or in the martial arts they call it Chi.

They are all talking about the same thing, it’s a dynamic force, and that permeated every living being, humans as well as in plants and in animals. In humans, Vital Force is affected by a number of factors

Why is important to maintain a healthy Vital Force? The Vital Force is not only the difference between a dead organism and a live one, it is also our innate ability to heal.

Let’s consider someone that has a broken leg. An x-ray is done to establish the characteristics of the fracture. The limb is immobilized either with a cast or by the appropriate surgical procedure. Such measures are in place to prevent the bone from moving. What makes the two pieces of bones to grow toward each other? This is when the Vital Force comes in, it affect our innate ability to heal. Soon the fracture is no longer seen by x-rays, and the person may have to do some physiotherapy to strengthen the muscles lost while the limb was on cast, but the bone is complete.

What make the fracture heal is the innate ability that the body has to heal itself, it depends on how strong the Vital Force of the individual is.

If you are interested to know more about the Vital Force call and how it is related to chronic and acute diseases, call me for a 30 minutes free phone consultation, there is no obligation, it is an opportunity to learn.

Helping With Your Healing Journey

Lucy is kind-hearted, open-minded, non-judgemental, and understanding. She is supportive and patients feel very comfortable to talk with her, thus beginning their healing process. 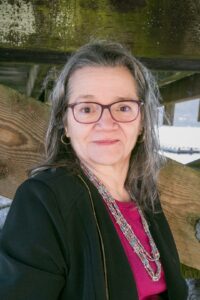